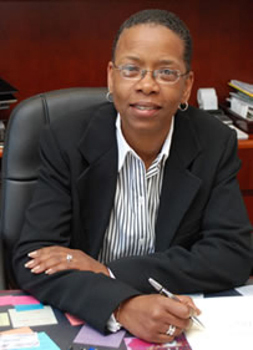 Alumna confirmed as federal judge in Southern District of Illinois

The Senate Tuesday confirmed the nomination of Staci Yandle as a federal judge in the Southern District of Illinois, making her what a long-time judicial watcher says is only the second African-American woman who is openly gay to be named to the federal bench.

The vote was 52-44, split mostly along party lines, with Sen. Mark Kirk, R-Ill., joining 42 other Republicans who opposed the nomination of Yandle, a lawyer who lives in Carlyle, Ill.

She taught law at Washington University in St. Louis and has practiced law in O'Fallon since 2007, according to Sen. Dick Durbin, D-Ill., who voted for and helped set up a screening process that elevated Yandle for nomination by President Barack Obama. Previously she worked for four years at The Rex Carr Law Firm and for 16 years at the law firm Carr, Korein, Tillery. She currently serves on the Board of Directors of the Illinois Bar Foundation, and is a graduate of the University of Illinois and Vanderbilt law.

Durbin called her confirmation "not only historic, it is well deserved," and "another important milestone in the journey toward equality of opportunity for all Americans."

Kirk said he voted against Yandle because he concluded after an interview with the nominee that "that she had insufficient federal court or criminal law experience to be confirmed as a federal judge for the Southern District of Illinois."

Durbin said that Yandle will be the first African-American judge to ever serve in Southern District of Illinois, and only the second woman to do so, following Nancy Rosenstengel, whom the Senate confirmed last month.

Yandle's confirmation came a day after President Barack Obama announced he would issue an executive order banning discrimination based on sexual orientation in federal contracts.