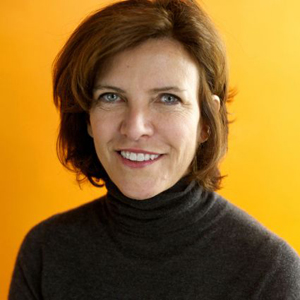 MacArthur Fellow Jeanne Gang, who also designed the famed Aqua Tower in Chicago, graduated from UIUC with a BS in Architectural Studies.

The announcement of the star-studded team, a surprise given Lucas' penchant for traditional designs, has political implications for a project championed by Mayor Rahm Emanuel. It would rise on 17 acres now occupied by parking lots between Soldier Field and McCormick Place.

If the architects produce a design gem that upgrades the landscape of the Museum Campus, the cluster of shoreline museums to which the Lucas Museum would belong, it could soften, or at least blunt, opposition.

Critics include open-space advocates threatening a lawsuit to block construction and Chicago Bears fans fuming that the museum will boot them from tailgating spots. Citing the opposition, a newspaper in San Francisco, where Lucas first intended to build the museum, last week labeled Chicago "the City of Cold Shoulders."

Conceptual designs are expected to be released later this year.

Lucas is promising to pay for the pedestrian bridge, which would have to be high enough to allow sailboats using Burnham Harbor to pass beneath. It won't come cheap. The price for a soon-to-be-built lakefront pedestrian bridge at 35th Street is pegged at more than $18 million.

Further sweetening the pot for Chicago, Lucas has selected another Chicago firm, VOA Architects, to be the museum's executive architect. While Ma and Gang focus on the broad creative strokes, VOA will be responsible for details like construction drawings. VOA has designed offices for Ariel Investments, whose president, Mellody Hobson, is Lucas' wife.

Lucas declined an interview request. In a prepared statement, he said: "We are bringing together some of the top architects in the world to ensure that our museum experience begins long before a visitor ever enters the building."

After an aggressive lobbying campaign by Emanuel, Lucas last month selected Chicago over Los Angeles and San Francisco as the site of his museum, which will showcase highlights from his collection of more than 500,000 objects. They include "Star Wars" memorabilia and paintings by Norman Rockwell.

The project requires the approval of the Chicago Plan Commission. No price tag has been announced. In San Francisco, Lucas had pledged to spend $700 million to build and endow the museum. But his plan for a bayfront site in the Presidio area was rejected in February, leading him to consider other cities.

Lucas, who has described himself as an "architectural hobbyist," interviewed fewer than 10 firms from around the world for the Chicago project, said his spokeswoman, Devon Spurgeon.

MAD Architects won "because of its innovative approach to design and the firm's philosophy of connecting urban spaces to natural landscapes," the Lucas Museum said in a news release.

The runner-up was the Amsterdam-based UNStudio, which designed a 2009 temporary pavilion in Millennium Park for the 100th anniversary of Daniel Burnham's Plan of Chicago. London-based Zaha Hadid, a Pritzker Architecture Prize winner who designed another Burnham centennial pavilion, was also considered.

Ma's museums include the China Wood Sculpture Museum in the northeastern Chinese city of Harbin and the Ordos Museum, a pod-shaped design for a city in the Gobi Desert.

The Chicago-based Council on Tall Buildings and Urban Habitat named Ma's Absolute Towers, the curvaceous 56- and 50-story residential high-rises in the Toronto suburb of Mississauga, the best tall buildings in the Americas in 2012. The high-rises have been dubbed the "Marilyn Monroe Towers" for their resemblance to the late sex symbol's hourglass figure.

Gang, a member of the Emanuel-appointed task force that selected the site for the Lucas Museum and the winner of a MacArthur Foundation "genius" grant, has won acclaim for the Aqua Tower, a residential and hotel skyscraper distinguished by its curving balconies.

She is a key shaper of the plan to turn 91-acre Northerly Island into an ecological showcase of woodlands, grasslands and fish habitats.

Naming her to the team will allow Emanuel to claim that the Northerly Island, formerly the airport called Meigs Field, and Lucas Museum landscapes will be carefully coordinated. Indeed, in the news release that announced her participation in the Lucas Museum project, Gang spoke of a "seamless transition" between the two.

Plans call for the Lucas Museum to open in 2018.

Read more at the Chicago Tribune.