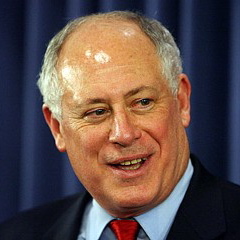 Illinois Governor Pat Quinn eliminates the Legislative Scholarship Program that recently came under federal investigation for alleged use as political patronage. The University funded the scholarships from its own budget.

SPRINGFIELD — Gov. Pat Quinn Wednesday rewrote legislation to abolish the state’s century-old General Assembly scholarship program that has been beset by cronyism and scandal for decades.

The governor’s move will require a sign-off this fall by state lawmakers, who in the past have voted down efforts to get rid of the program that gives them the ability to hand out free college rides to anyone of their choosing.

“As I have repeatedly advocated in the past, college scholarships — paid for by Illinois taxpayers — should only go to those that have true financial need for them. I cannot in good conscience sign any legislation that continues to allow legislators to bestow this benefit on a select few,” Quinn wrote in an amendatory veto message to lawmakers.

For further insights and information, check out the editorial view of the Chicago Tribune on the Governor's action at

Share this story with other University of Illinois alumni and friends: