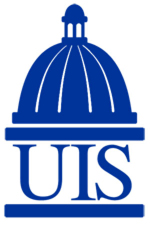 A University of Illinois Springfield professor has been chosen to receive a national Excellence in Online Teaching award from the Sloan Consortium, a group made up of fellow online educators.

Michael Cheney, professor of communication, is known for his popular online courses, which include “The Beatles: Popular Music and Society,” “Political Communication” and “Writing for Public Relations.” Last year, Cheney’s “Unit 1: Beatles as Mosaic” podcast was the second-most-downloaded podcast on iTunes U for several weeks. The series also was listed in the “Noteworthy” section of iTunes U.

The award is one of the highest honors presented by the Sloan Consortium, which previously has recognized UIS faculty and programs for their online learning successes.

“UIS is known for its excellence in online education, and I am happy to contribute to that reputation through my work,” Cheney said.