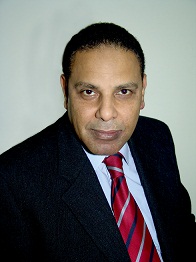 Alumni Award Winner on the Changes in His Native Eqypt

Egyptian novelist and dentist Alaa al Aswany speaks with Margret Warner about the surprising changes in political behavior of his countrymen amid the revolution earlier this year, and how the new Egypt is taking shape.

Watch this interview courtesy of the PBS Video Archive: http://video.pbs.org/video/2152518906/

Focusing on the gender, ethnic and religious inequalities that exist in Egypt, Aswany’s novels have become some of the most widely read in the Arab world. His 2002 book, The Yacoubian Building, has sold 1million copies in 28 languages in more than 100 countries. In addition to his novels, he has also written a collection of political columns that have appeared in the newspaper Al Arabi over the past 17 years. His English works include: The Yacoubian Building, Chicago, and Friendly Fire: Ten Tales of Today’s Cairo.