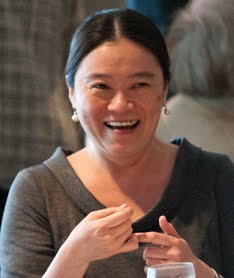 A Springfield professor who shared emails from other faculty leaders with the University of Illinois president's chief of staff has resigned from the campus senate amid a vote of no confidence by her peers.

The UIS campus senate has no confidence in her leadership and "condemns her unethical and unprofessional conduct both prior to and during the anonymous email investigation," the resolution stated. Ting's actions violated shared-governance principles and diminished the standing of the campus senate and the influence of the campus within the University Senates Conference, according to the resolution.

Earlier this month, an investigation revealed that Ting sent dozens of emails to Lisa Troyer, UI President Michael Hogan's former chief of staff. Those emails, from an anonymous gmail account, contained various communications and forwarded emails from members of the University Senates Conference. Troyer later resigned amid the investigation into anonymous emails sent from a Yahoo account from her computer to the senates conference.

"Given the circumstances, she has done the correct thing," said Don Chambers, chairman of the University Senates Conference and professor from the UI Chicago.