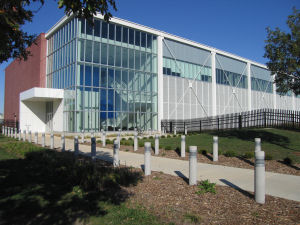 A football-field-size computer room at the University of Illinois at Urbana-Champaign has been sitting nearly empty for months, waiting for parts, in a stalled effort to build what researchers are calling the “Hubble telescope of supercomputers.”

IBM, the original supplier, abruptly withdrew from the project last summer just as it was to deliver racks of computer servers, forcing the university to shop for new parts for the unique project.

Last week dozens of computer servers began arriving—this time from Cray, the project’s new supplier. IBM had fallen behind its original schedule to have the supercomputer up and running sometime in 2011. Officials at Urbana-Champaign say that Cray will now deliver a computer more quickly than IBM actually could have, and that the resulting machine is expected to be faster and 10 percent cheaper to build.