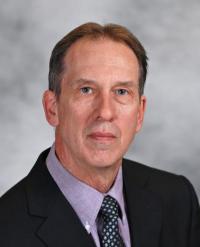 Photonics pioneer James J. Coleman has been elected to membership in the National Academy of Engineering. Coleman is the Intel Alumni Endowed Chair in Electrical and Computer Engineering and a professor of materials science and engineering at the University of Illinois.

Coleman is among 66 new members and 10 foreign associates announced by the academy on Feb. 9. Election to the NAE is one of the highest professional honors an engineer can garner. The 2,254 members and 206 foreign associates are an elite group distinguished by their outstanding contributions to the fields of technology and engineering.

Coleman was cited for his work in semiconductor lasers and photonic materials. His research focuses on materials for optoelectronics – devices that convert electricity into light or vice-versa, such as lasers, light sensors, solar cells and fiber optics. He helped develop metalorganic chemical vapor deposition (MOCVD), a growth method widely used to make semiconductor devices. As the director of the Semiconductor Laser Laboratory at the U. of I., Coleman oversees research using MOCVD of III-V semiconductors to explore applications in lasers, quantum dots and other optical structures.

"This is a significant recognition and prestigious honor for one of our distinguished faculty," said Ilesanmi Adesida, the dean of the College of Engineering. "Dr. Coleman's research has added considerable knowledge to the field of semiconductor lasers and photonic devices, and his many successful patents and contributions to the engineering literature remain a testament of those achievements. He is also an Illinois alumnus, so we are doubly proud of his achievements."

Coleman earned his bachelor's, master's and doctoral degrees in electrical engineering from the U. of I. He worked at Bell Laboratories and Rockwell International before joining the faculty in 1982. He has published more than 400 scholarly journal articles and holds seven patents. He is a fellow of the Institute of Electrical and Electronics Engineers, the Optical Society of America, SPIE (the international society for optics and photonics), the American Association for the Advancement of Science and the American Physical Society.

Provided by University of Illinois at Urbana-Champaign
Cookie Settings