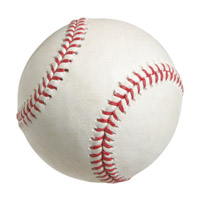 All proceeds will go to victims of the recent tornado that hit Harrisburg, Ill.

The University of Illinois baseball team will hold a food and fund drive on Wednesday, March 14, from 6 a.m. to 7 p.m. with all proceeds going to victims of the recent tornado that hit Harrisburg, Ill. The Illini are partnering with WCIA-3 TV and the United Way to benefit the people of Harrisburg, and the Champaign Dream baseball organization also has stepped forward to collect food and money toward the cause. The Fighting Illini Dugout Club and This Is It Furniture are contributing funds and labor to deliver the donations.

Canned or dried food items and monetary donations can be dropped off at the Illinois Field clubhouse, located on Kirby Avenue approximately one block east of Fourth Street, from 6 a.m. to 7 p.m. on Wednesday. Checks should be made out to the United Way.

For convenience purposes for UI students, items also will be collected at the Irwin Academic Center at the corner of Fourth Street and Armory Avenue in Champaign from 8:30 a.m. to 4:30 p.m. on Wednesday. While all donations will be accepted, a list of high-need items is below.

The natural disaster in Harrisburg hit close to home for the Illini because Reid Roper, a redshirt-freshman infielder and pitcher, is a Harrisburg native. Head coach Dan Hartleb also is a graduate of Southern Illinois University and former graduate assistant baseball coach at SIU in 1988-89, and has a number of friends in the area.

WCIA will provide coverage of the event throughout the day, starting with Rob Collins, Cynthia Schweigert, Jillian Deam and Robert Reese broadcasting the Morning Show live from Illinois Field from 6-9 a.m. A live weather forecast will be given from Illinois Field during the noon newscast and Andrew Wilder and Heather Roberts will do the new show "ciLiving" live from 4-5 p.m. Anchor Jennifer Roscoe and members of the evening news team will wrap up the day, appearing live during the 5 and 6 o'clock newscasts.