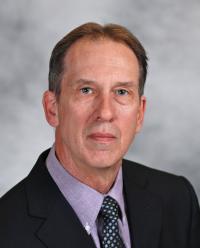 The Optical Society (OSA) and the IEEE Photonics Society are pleased to announce that James Coleman, Intel Alumni Endowed Chair in Electrical and Computer Engineering at the University of Illinois, is the recipient of the 2013 John Tyndall Award. Coleman, also a professor of materials science and engineering, is being recognized for "contributions to semiconductor lasers and photonic materials, processing and device designs, including high reliability strained-layer lasers."

"Jim is considered a pioneer for his work in photonics and semiconductor lasers,” said OSA CEO Elizabeth Rogan. “His research on strained-layer pump lasers, a critical component of all fiber optic telecommunications systems, has facilitated important scientific advances for the global optics community.”

Coleman earned his doctoral degree in electrical engineering from the University of Illinois. After working for AT&T Bell Laboratories and Rockwell International, Coleman returned to Illinois to join the faculty. He is a past president of the IEEE Photonics Society and has served as associate editor of IEEE Photonics Technology Letters. He is a fellow of the IEEE, OSA, the American Physical Society, and the American Association for the Advancement of Science and was recently elected to membership in the National Academy of Engineering. He has published more than 400 papers and holds eight patents.

Coleman will be presented the award during the plenary session of the 2013 Optical Fiber Communication Conference and Exposition/National Fiber Optic Engineers Conference (OFC/NFOEC) taking place at the Anaheim Convention Center March 17 – 21.

“Jim’s breakthrough research demonstrated the reliability of strained-layer lasers in conditions previously thought impossible,” said IEEE Photonics Society Executive Director Rich Linke. “We commend him for his academic and patent contributions to the field of photonics and look forward to celebrating his achievements with the global optical communications community at OFC/NFOEC.”

The Tyndall Award is the highest recognition in optical communications and is co-sponsored by OSA and the IEEE Photonics Society. First presented in 1987, the Tyndall Award recognizes an individual who has made pioneering, highly significant, or continuing technical or leadership contributions to fiber optic technology. Corning, Inc. endows the award, a glass sculpture that represents the concept of total internal reflection. The award is named for the 19th century scientist who was the first to demonstrate the phenomenon of internal reflection.

Uniting more than 180,000 professionals from 175 countries, the Optical Society (OSA) brings together the global optics community through its programs and initiatives. Since 1916 OSA has worked to advance the common interests of the field, providing educational resources to the scientists, engineers and business leaders who work in the field by promoting the science of light and the advanced technologies made possible by optics and photonics. OSA publications, events, technical groups and programs foster optics knowledge and scientific collaboration among all those with an interest in optics and photonics. For more information, visit www.osa.org.

The IEEE Photonics Society is the photonics branch of the world's largest professional science and engineering society. We are dedicated to promoting the photonics profession through the publication of the highest-impact journals in the field, the sponsorship of hundreds of high quality conferences around the world and the recognition of outstanding contributions in the field. Our activities span the full scope of science, technology and applications in the photonics field. For more information, visit www.PhotonicsSociety.org.

For more than 35 years, the Optical Fiber Communication Conference and Exposition/National Fiber Optic Engineers Conference (OFC/NFOEC) has been the premier destination for converging breakthrough research and innovation in telecommunications, optical networking, fiber optics and, recently, datacom and computing. Consistently ranked in the top 200 tradeshows in the United States, and named one of the Fastest Growing Trade Shows in 2012 by TSNN, OFC/NFOEC unites service providers, systems companies, enterprise customers, IT businesses, and component manufacturers, with researchers, engineers, and development teams from around the world. OFC/NFOEC includes dynamic business programming, an exposition of more than 550 companies, and cutting-edge peer-reviewed research that, combined, showcase the trends and pulse of the entire optical communications industry.

OFC/NFOEC is managed by the Optical Society (OSA) and co-sponsored by OSA, the Institute of Electrical and Electronics Engineers/Communications Society (IEEE/ComSoc), and the IEEE Photonics Society. For more information, visit www.ofcnfoec.org.