Nina Burleigh, Jim Prather, and Jim Webb were inducted into the Hall of Fame on Monday, January 28, 2013.

The Public Affairs Reporting (PAR) Hall of Fame was named in honor of Bill Miller, an award-winning journalist who served as the program’s director for 19 years. After a semester of classroom study, students work six months in the Capitol covering state government and politics under the supervision of professional journalists. More than 600 students have completed the program since the first class graduated in 1973. Illinois Issues, the state’s leading public affairs magazine, and WUIS-91.9, the capital city’s NPR station, established the bi-annual event in 2006. Both are units of the Center for State Policy and Leadership at UIS. 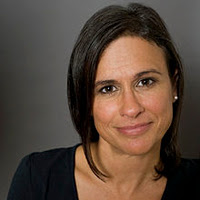 Nina Burleigh is a journalist and the author of five books. She writes the weekly Bombshell column at the New York Observer. Her last book, The Fatal Gift of Beauty, was a New York Times bestseller. In the last several years, she has covered a wide array of subjects, including American politics, the Arab Spring, Israeli archaeological forgers, Iraq war veterans and drug addiction, Arab feminism, Iraqi immigrants in Nebraska, the NYPD and human trafficking in New York City, Nazi-looted art at the MOMA, a small-town Italian mayor murdered over slow food politics, Arctic travel, Chinese immigrants to Italy, and expat life in Italy. She covered the Clinton White House for Time and wrote human interest stories for People magazine as a staff writer based in New York in the 2000s. She has written for numerous publications including Businessweek, The New Yorker, the New York Times and New York Magazine, is a contributing editor at Elle and has appeared on Good Morning America, Nightline, The Today Show, 48 Hours, MSNBC, CNN and, on NPR and many radio programs.

Born and educated in the Midwest, based in New York, Burleigh has traveled extensively in the Middle East and lived in Italy and France. She lives in New York with her husband and two children. Nina received her bachelor’s degree in English from MacMurray College, a master’s in English from the University of Chicago and her master’s degree in Public Affairs Reporting from UIS (then Sangamon State University) in 1984. 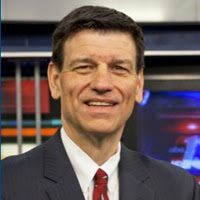 Jim Prather began his career as a government reporter for WICS-TV in Springfield. He later went to work as a government reporter for KARK-TV in Little Rock, Ark., where he covered the Bill Clinton-Frank White gubernatorial campaign and the ensuing Clinton administration. Prather made the transition to management when he became the assignment editor for KTHV-TV in Little Rock. Later, Prather served as news director at KRIS-TV in Corpus Christi, Texas, KTXS-TV in Abilene, Texas, and KSBY-TV in San Luis Obispo, Calif. In 1989, he became assistant news director at WMAR-TV in Baltimore. Two years later he was named news director at WTMJ-TV in Milwaukee.

During his 12-year tenure in Milwaukee, Prather rebuilt the organizational structure and culture in the Today’s TMJ-4 newsroom to provide more viewer-focused newscasts. In August 1995, Prather was named general manager of Today’s TMJ-4. With the help of a resurgent NBC prime time, a strong leadership team and a strategic plan which focused on winning breaking news, weather and investigative reporting, Today’s TMJ-4 became the dominant news leader in the Milwaukee marketplace.

A graduate of Southern Illinois University-Carbondale, Prather holds a bachelor of science degree in radio-television and political science, and a master’s degree in Public Affairs Reporting from the University of Illinois-Springfield. 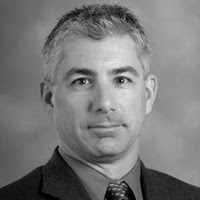 Jim Webb is the editor for a Chicago Tribune investigative team focused on state and local government. Prior to that, he was the paper’s Illinois political editor from mid-2005 to mid-2010. In addition to supervising daily coverage of Chicago City Hall, Cook County and Illinois state government for five years, Webb oversaw state and local campaign coverage for the paper. During that time, he was the lead editor for the newspaper’s investigations of pay-to-pay politics involving former Gov. Rod Blagojevich, hiring corruption under then-Mayor Richard Daley and influence peddling involving City Hall zoning.

In his current role, Webb works with a team of reporters focused on the relationships between powerful public officials and private interests. The team has produced a series of stories about how Illinois House Speaker Michael Madigan has built a political empire while repeatedly taking public actions that benefit private clients of his property tax law firm. Starting before the election of Mayor Rahm Emanuel, the Metro investigations team has examined Emanuel’s creation of a campaign fund juggernaut, outlined the new mayor’s increasing reliance on privatization and exposed his resistance to transparency on everything from speed cameras to school closings.

Prior to joining the Tribune, Webb spent 18 years as a reporter, desk supervisor and news editor for The Associated Press.

After receiving a B.A. in journalism from Bradley University, Webb interned with the AP at the Illinois statehouse as part of the master’s program in Public Affairs Reporting at the University of Illinois-Springfield. Upon graduation in 1987, he parlayed the internship into a series of jobs with the AP in St. Louis, Louisville, Frankfort, Ky., and Philadelphia before moving to the Chicago bureau in 1989. 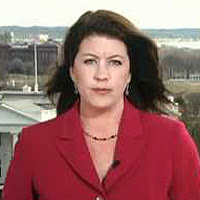 Patty Culhane, (keynote speaker at the Bill Miller Hall of Fame reception) is a UIS Public Affairs Reporting Program graduate of 1995. She joined Al Jazeera in 2009 and is now the White House correspondent for the network. Before joining, she worked as a correspondent for MSNBC covering the Bush administration, where she traveled both domestically and internationally with President George W. Bush. From 2000 to 2006, she worked at NBC affiliate WAVY-TV in Norfolk, Va. as a military reporter. She has been a journalist for 17 years, working in Iowa, Illinois and Norfolk, Va., where she covered the U.S. military, traveling extensively through the Middle East covering the wars in Iraq and Afghanistan.