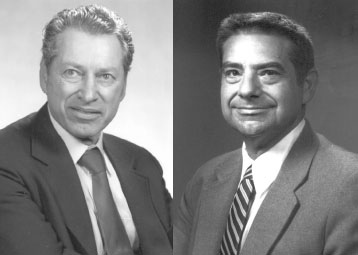 The U.S. Department of Commerce’s United States Patent and Trademark Office (USPTO) and the National Inventors Hall of Fame today announced the inductees for 2013. This year’s class includes inventors behind patented innovations such as the electronic synthesizer, flat panel plasma displays, iris recognition technology, and the code providing the foundation for 3G cellular systems. This year’s induction ceremony will take place on May 1, 2013 at the USPTO’s headquarters in Alexandria, Virginia. The USPTO founded the National Inventors Hall of Fame in 1973 and has been a long-standing partner since the organization’s incorporation as a separate, non-profit educational foundation.

The National Inventors Hall of Fame annually accepts nominations for men and women whose work has changed society and improved the quality of life. The candidate’s invention must be covered by a U.S. patent, and the work must have had a major impact on society, the public welfare, and the progress of science and the useful arts.

“We are honored to recognize these individuals who conceived, patented, and advanced so many of the great technological achievements that have changed our world,” said Acting Under Secretary of Commerce for Intellectual Property and Acting Director of the USPTO Teresa Stanek Rea.

“On behalf of the White House, I add my congratulations to this year’s inductees,” said John P. Holdren, President Obama’s science and technology advisor and Director of the White House Office of Science and Technology Policy. “Your creativity, perseverance, and entrepreneurialism exemplify the American ‘can-do’ spirit.”

“We look forward to the upcoming induction ceremony, as this year’s class of inductees demonstrates the importance of innovation,” said Frederick Allen, Chairman of the Board of Directors of the National Inventors Hall of Fame. “The applications and widespread use of their inventions show us how vital ingenuity is to not just the well-being of the United States, but also the rest of the world.”

Donald Bitzer, Robert Willson, Gene Slottow (1921-1989)
Plasma Display – In the mid-1960s, Don Bitzer (BS ’55, MS ’56, PhD ’60) and Gene Slottow (PhD ’64), faculty at the University of Illinois at Urbana-Champaign, and graduate student Robert Willson (PhD ’66), worked together to create the first plasma display. A new display was needed for the PLATO computerized learning system that had been created by Bitzer because traditional displays had no inherent memory, lacked high brightness and contrast, and flickered.