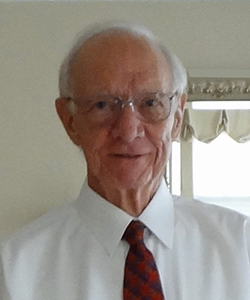 Dr. Jim Smith honored as the 2013 San Diego Illini of the Year

Each year the San Diego Illini club recognizes an Illinois graduate who has made contributions to the community as well as achievements in their chosen profession.

This year San Diego Illini club is proud to present the award to Music Professor, Dr. Jim Smith.  Jim was born and raised in Washington DC and received bachelor and master degrees from the Peabody Conservatory of Music in Baltimore.

After serving as assistant professor at Louisiana Tech University, Jim pursued a doctorate from what he considered to be the best musicology school in the U.S., the University of Illinois. Jim arrived at the U of I in 1967 and during the next 10 years he received his Doctor of Musical Arts and then continued as a professor teaching choral music and musicology with an emphasis in conducting. While at the U of I, Dr. Smith was also the conductor of the University Chamber Choir. Following his stint at Illinois, Jim went on to the Eastman School of Music at the University of Rochester, and then to George Mason University where he was a professor for 18 years, retiring as Professor Emeritus of Music. He then moved to San Diego and has kept busy teaching Choral Literature at SDSU, working for cruise ships, and for the San Diego Padres. While Jim’s career mainly centered around being a professor of music, he has conducted chorales and orchestras in California, Florida, Illinois, Virginia, Washington DC, Mexico, Wales, and England. He has a number of compositions and arrangements to his credit, and has presented clinics, workshops and performances at over 90 colleges and universities in 22 states.

Read more at the Illini Club of San Diego County.