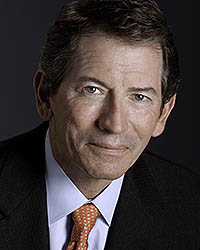 Siebel among three U. of I. scholars and alumni elected to American Academy of Arts and Sciences

Thomas Siebel (MS CS ’85) was one of three individuals affiliated with the University of Illinois to be elected to the American Academy of Arts and Sciences (AAAS) this year.

The others are Phyllis M. Wise, the chancellor of the Urbana campus, and Frederick E. Hoxie, Swanlund Professor of History at Illinois.

One of the nation’s most prestigious honorary societies, the academy is also a leading center for independent policy research. Members contribute to academy publications and to studies of science and technology policy, energy and global security, social policy and American institutions, and the humanities, arts and education.

“Election to the academy honors individual accomplishment and calls upon members to serve the public good,” academy President Leslie C. Berlowitz said Wednesday. “We look forward to drawing on the knowledge and expertise of these distinguished men and women to advance solutions to the pressing policy challenges of the day.”

Members of the 2013 class include winners of the Nobel Prize; the National Medal of Science; the Lasker Award; the Pulitzer and the Shaw prizes; the Fields Medal; MacArthur and Guggenheim fellowships; the Kennedy Center Honors; and Grammy, Emmy, Academy and Tony awards.

The new class will be inducted at a ceremony on Oct. 12 at the academy’s headquarters in Cambridge, Massachusetts.

“This is a very significant and well-deserved recognition for Chancellor Wise, professor Hoxie, and Tom Siebel,” said Bob Easter, the president of the university. “Their honors reflect the dedication to excellence and positive impact on society that are among the core values of the University of Illinois.”

Siebel, the chairman and chief executive officer of C3 Energy, a software company that helps reduce an organization’s carbon footprint, is recognized as one of the world’s top philanthropists, having created The Siebel Foundation and The Meth Project Foundation to improve education, scholarship, community life and the prevention of teen drug use. He continues to generously support the university, where he established the Siebel Center for Computer Science and endowed two professorships. He earned a bachelor of arts degree in history in 1975, a master of business administration in 1983, a master of science in computer science in 1985, and an honorary doctorate of engineering in 2006, all at Illinois.