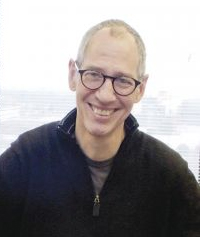 University of Michigan associate librarian to lead U. of I. libraries

John P. Wilkin has been named university librarian and dean of libraries at the University of Illinois at Urbana-Champaign, effective Aug. 16, pending approval by the U. of I. Board of Trustees at its July 24 meeting in Chicago.

Wilkin is an associate university librarian at the University of Michigan, where he also leads Michigan’s library information technology and publishing divisions, including the University of Michigan Press. He also is the executive director of the HathiTrust Digital Library, an online repository established in 2008 to unite the digitized collections of more than 60 research libraries, including the U. of I.’s, in an effort to preserve the published cultural record.

Illinois Provost Ilesanmi Adesida said Wilkin brings a broad skill set and valuable expertise to Illinois. “John began his academic career with a degree in literature, and he has been involved in the digital preservation of library collections since the mid-1990s,” Adesida said. “He has a proven track record of developing and implementing a clear vision for the library of the 21st century.”

Wilkin will replace Paula Kaufman, who has served as university librarian since 1999 and as dean of libraries since 2007. “On behalf of the entire university community, I thank Paula for her years of dedicated service, and for her stewardship of the nation’s largest public library,” Adesida said. When she steps down as dean, Kaufman plans to focus on teaching.

Wilkin’s involvement in mass digitization as a means of preserving library books predates the well-known book-scanning project headed by Google. In 1997, Wilkin received a National Endowment for the Humanities grant to digitize the “Middle English Dictionary” and make it accessible online. In 1999, he received an Andrew W. Mellon Foundation grant for the digitization of 7,500 19th-century monographs published in the U.S. This work poised Wilkin to lead HathiTrust when it began about a decade later. In his role as executive director, he successfully guided HathiTrust’s defense when the Authors Guild sued HathiTrust and a handful of its partner libraries. (The guild has filed an appeal.)