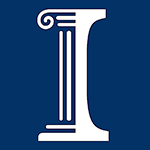 If affordability and job success are important factors in your college search, this ranking may interest you

The University of Illinois again made the top 100 on Forbes Magazine's sixth annual "America's Top Colleges" ranking, done in conjunction with the Washington-based Center for College Affordability and Productivity.

The UI jumped 33 spots over its 2012 ranking, to No. 53, and is 10th on the list of public colleges, ahead of Wisconsin, Texas, Penn State and Indiana.

University officials aren't crowing about the improvement, as they tend to downplay rankings good or bad. Academic institutions often cite problems with the methods used to compute rankings, particularly those that place weight on subjective judgments from students, high school counselors or peer institutions.

"We have a set of things by which we measure how well we're doing. Those are the metrics we need to stay focused on," said campus spokeswoman Robin Kaler. "It's lovely when these organizations recognize that we're doing great things. But we really don't think they accurately reflect the excellence of Illinois."

Forbes touts its ranking as different from others, such as U.S. News & World Report's, because it focuses on a student's return on investment — "output" over "input," as editor Caroline Howard wrote explaining the ranking's methodology.