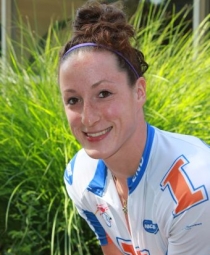 A University of Illinois student has achieved something no athlete has ever accomplished before.

The chill in the wind and the prospect of flat tires proved no match for senior Tatyana McFadden as she finished first in Sunday’s ING New York Marathon women’s wheelchair division, achieving an unprecedented Grand Slam of the Boston, London, Chicago and New York marathons in the same year.

Read more at The Daily Illini.